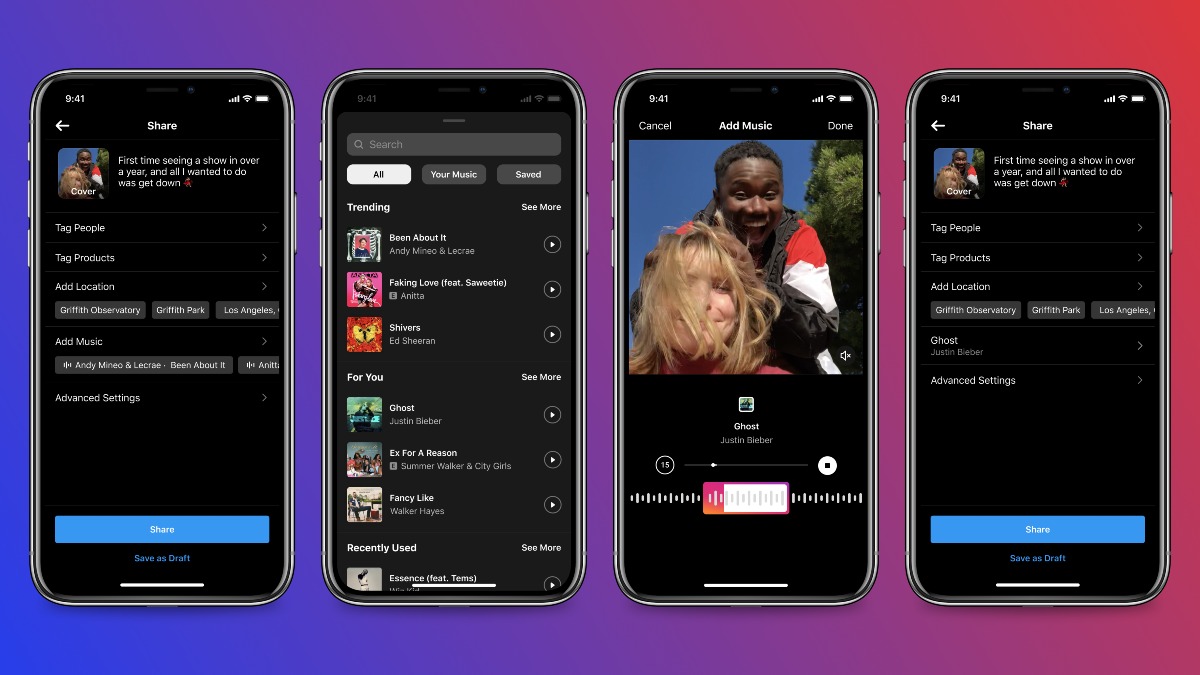 Instagram is discontinuing its Snapchat-like messaging app Threads that was launched in 2019. As a result of the update, users will start seeing a prompt to move back to the original Instagram app. Instagram has separately started allowing select users to add music to their feed posts — just like how it’s already possible with Reels and Stories. India is amongst the countries where the new feature will first be tested — alongside Brazil and Turkey.

As confirmed to TechCrunch, Instagram will no longer support Threads by the end of December. Users will also start seeing an in-app notice about its departure from November 23.

The discontinuation of Threads was first brought into notice by reverse engineer Alessandro Paluzzi. He also posted a screenshot showing the notice that Instagram is yet to start showing to its users.

Threads was launched for both Android and iOS devices as Instagram’s standalone image-centric messaging app in October 2019. The app was found to have some similarities with Snapchat as it allowed users to share their photos and videos in a visual form with their close friends. It, though, moved beyond close friends last year and was updated to allow users to message anyone on Instagram.

Although the exact reason for shutting down Threads has not yet been provided, a Meta spokesperson told Gadgets 360 that the photo-sharing platform would now focus its efforts on enhancing how users connect with their close friends on Instagram itself.

“We know that people care about connecting with their close friends, and we’ve seen this particularly over the past few years with the growth of messaging on Instagram,” the spokesperson said. “We’re bringing the fun and unique features we had on Threads, to the main Instagram app, and continuing to build ways people can better connect with their close friends on Instagram. We hope this makes it easier for people to have all these features and abilities in the main app.”

In addition to shutting down Threads, Meta-owned Instagram has started testing the ability to let users add music to their feed posts. This will allow people to have a song or a music track featured alongside their photos and videos shared on the feed.

Once a user taps on the song, they will be taken to an audio page from where they will see all feed posts using the same song.

Instagram said in a press note that the feature is being tested with a small percentage of Instagram’s global community and is initially live for some users in India, Brazil, and Turkey. It will be expanded based on the learning and feedback from the community, the company said.

If the new music-focussed feature is live for your account, you will be able to add a song to your feed photo by tapping Add Music after starting to upload your photo on Instagram. The app will show a search field to let you look for specific songs or browse for music in the ‘Trending’ or ‘For You’ sections of the prompt.

After the song you want to add appears on the screen, you can select it for your photo. You will also be able to select the clip duration — just like Stories — and choose the length of time you would like to include for the song.