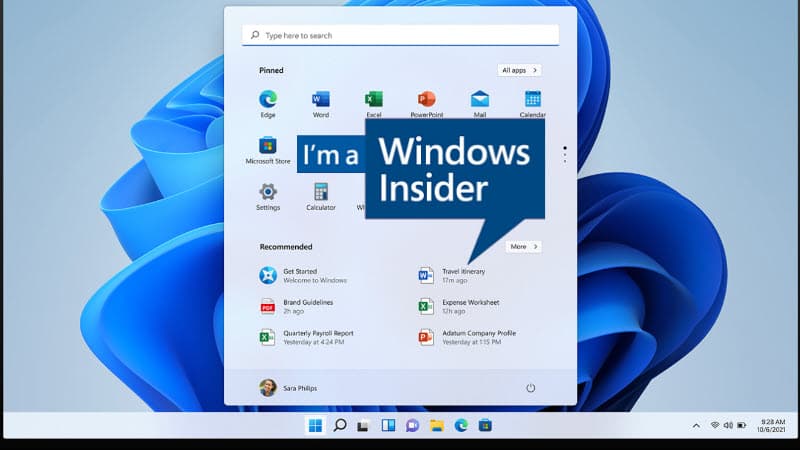 Microsoft started rolling out a new Windows 11 build to the insiders in the Dev Channel and Beta Channel. The latest update comes as Windows 11 Build 22593.1, and is rolling out from the ni_release branch.

This build includes a few changes and improvements but includes a good set of fixes that will improve the Insider’s overall experience on their device. Want to experience the latest build? Continue reading to know more about the changes.

In this build, a limited set of Insiders will see the first of these experimental features as we explore additional ways to help people discover and get quick access to content they care about on the web with the Windows search box. If you see some of these concepts, be sure to let us know what you think via Feedback Hub (Win + F) and choose category Desktop Environment > Search.

The default homepage of File Explorer is now called Home. The name Quick access has been repurposed for the pinned/frequent folders section and Pinned files is now called Favorites to align with Office and OneDrive.

The default homepage of File Explorer is now called Home with the name Quick access repurposed for the pinned/frequent folders section and Pinned files is now called Favorites.

Recent and pinned files displayed in Home are now searchable using the search box in File Explorer even if they are not local files, so you can find Office files recently shared with you.

Journal, a Microsoft Garage Project, is now pinned by default on the Pen menu.

If you press WIN + Z to open snap layouts, all the layouts will now show associated numbers, so you can quickly use the number keys to select the desired layout.

Added 5-minute increments for everything under a half hour to focus session length options.

Memory integrity is a feature in Windows 11 designed to prevent attacks from inserting malicious code into high-security processes. This feature can be found in Windows Security under Device Security > Core isolation. In the most recent Insider Preview builds, we will notify the user that this feature is currently turned off so that action can be taken for the user to turn it back on so that their device is as secure as possible against malicious attacks.

Updated the Pashto keyboard layout so that ې and ئ are now directly accessible on the keyboard. Accessing ظ and ط is now done by holding Shift and pressing the aforementioned letters, respectively.